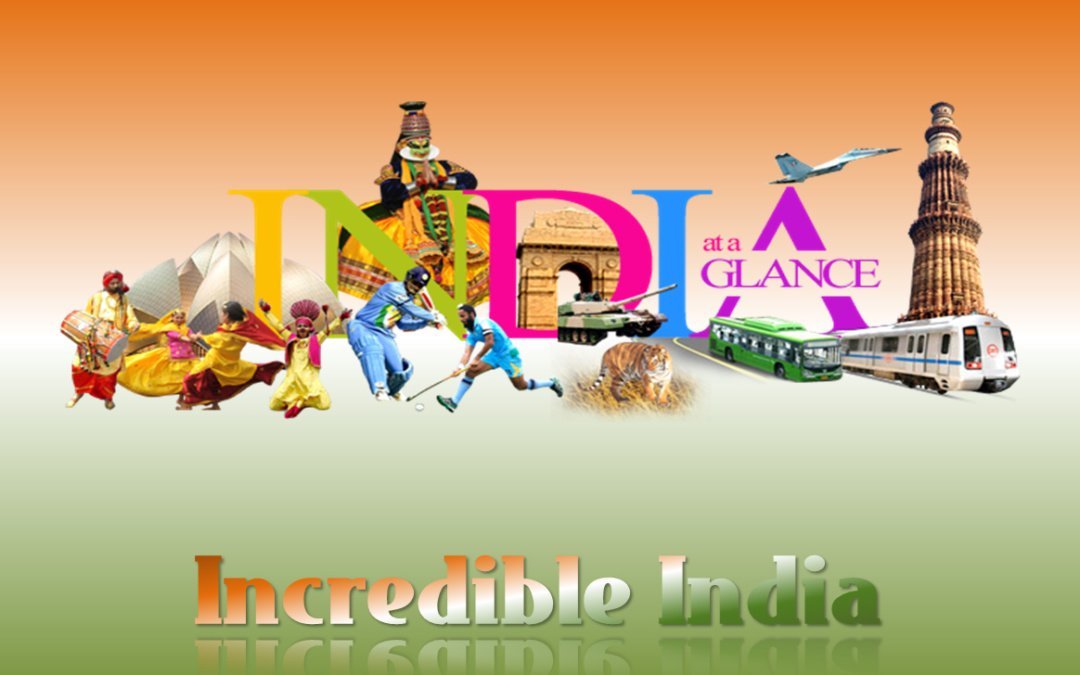 Incredible India is the name of an international marketing campaign by the Government of India to promote tourism in India since 2002 to an audience of global appeal.

Incredible India title was officially branded and promoted by Amitabh Kant, the then Joint Secretary under the Union Ministry of Tourism, in 2002.

In 2002, India’s Ministry of Tourism launched a campaign to promote India as a popular tourist destination. The phrase “Incredible India” was adopted as a slogan by the ministry. Before 2002, the Indian government regularly formulated policies and prepared pamphlets and brochures for the promotion of tourism, however, it did not support tourism in a concerted fashion. However, in 2002, the tourism ministry made a conscious effort to bring in more professionalism in its attempts to promote tourism. It formulated an integrated communication strategy with the aim of promoting India as a destination of choice for the discerning traveler. The tourism ministry engaged the services of advertising and marketing firm Ogilvy & Mather (India) (O&M) to create a new campaign to increase tourist inflows into the country.

The campaign projected India as an attractive tourist destination by showcasing different aspects of Indian culture and history like yoga, spirituality, etc. The campaign was conducted globally and received appreciation from tourism industry observers and travelers alike. However, the campaign also came in for criticism from some quarters. Some observers felt that it had failed to cover several aspects of India which would have been attractive to the average tourist.

In 2009, Minister of tourism, Kumari Selja unveiled plans to extend the Incredible India campaign to the domestic tourism sector as well. USD 12 million out of a total budget of USD 200 million was allocated in 2009 for the purpose of promoting domestic tourism.

In 2008, the Ministry of Tourism launched a campaign targeted at the local population to educate them regarding good behaviour and etiquette when dealing with foreign tourists. Indian actor Aamir Khan was commissioned to endorse the campaign which was titled ‘Atithidevo Bhava’, Sanskrit for ‘Guests are like God’. Atithidevo Bhava aimed at creating awareness about the effects of tourism and sensitising the local population about preservation of India’s heritage, culture, cleanliness and hospitality. It also attempted to re-instil a sense of responsibility towards tourists and reinforce the confidence of foreign tourists towards India as a preferred holiday destination. The concept was designed to complement the ‘Incredible India’ Campaign.

In 2015, Bollywood superstar Aamir Khan, whose comments on perceived intolerance in the country had created a controversy, ceases to be the mascot for government’s ‘Incredible India’ campaign as the contract for it has expired. “The contract was with the McCann Worldwide agency for ‘Atithi Devo Bhava’ campaign. The agency had hired Aamir for the job. Now the contract with the agency is over. Ministry has not hired Aamir.

Narendra Modi himself will be the new brand ambassador of Incredible India.

Maharajas’ Express, a train which travels the famous Indian sites. The train was launched by IRCTC.

According to spending data released by Visa Asia Pacific 4 in March 2006, India has emerged as the fastest-growing market in the Asia-Pacific in terms of international tourist spending. The data revealed that international tourists spent US$372 million in India in the fourth quarter (October–December) of 2005, 25% more than in the fourth quarter of 2004. China, which came second in the region, was successful in making international tourists fork out US$784 million in Q4 2005, a growth of 23% over its Q4 2004 figures. The tourist spending figures for India would have pleased the Indian tourism ministry, which had been targeting the high-end market through its long-running ‘Incredible India’ communication campaign.

Indian travel industry analysts and tour operators were appreciative of the high standards of the ‘Incredible India’ campaign. “The promo campaign is making a powerful visual impact and creating a perception of India being a magical place to visit,” said Anne Morgaon Scully, President, McCabeBremer Travel, Virginia, U.S. Average travelers too appeared to find the campaign interesting and informative, going by favourable comments on blogs on travel websites Although the ‘Incredible India’ campaign was generally well received, industry observers differed in their opinions on the positioning of India in the campaign. G.S.Murari, Director, Fidelis Advertising and Marketing Pvt. Ltd. stated he was uncomfortable with the tagline ‘Incredible India’ and was of the opinion that since India was not a uni-dimensional country like Singapore or the Maldives, using a word like ‘incredible’ to describe India as a whole was not appropriate. In 2011, Arjun Sharma, Managing Director, Le Passage to India, stated that the campaign has lived its life and it had to be reinvented. The Ministry of Tourism has again engaged Ogilvy & Mather for a period of three year, beginning 2012, to redefine the brand and provide a strategic vision for the campaign.

In 2013, Incredible India, Ministry of Tourism partnered with WoNoBo.com to launch Walking Tours, an online experience where users navigate and route their way through cities based on a choice of themes.